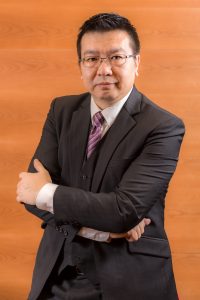 Magnum Ng has practised as a solicitor since 2002. He obtained Distinction award in both of his Master of Arts in Arbitration & Dispute Resolution (MAArbDR) and Master of Laws (LL.M). Magnum is a practicing solicitor in criminal and commercial litigation practice. Magnum is a fellow member of Hong Kong Institute of Arbitrators (FHKIArb) and Asian Institute of Alternative Dispute Resolution (FAIADR). He has been included as an arbitrator in the List of Arbitrators of Hong Kong International Arbitration Centre since 2010, and the Panel List of Asian International Arbitration Centre (formerly known as Kuala Lumpur Regional Centre For Arbitration) since 2013.

Evidence in Arbitration: The Law and Practice on Taking of Evidence in International Arbitration Proceedings – An Eclectic Approach of Common Law and Civil Law Systems (VDM Lerlag, 11 August 2009, ISBN-13: 978-3639187649)